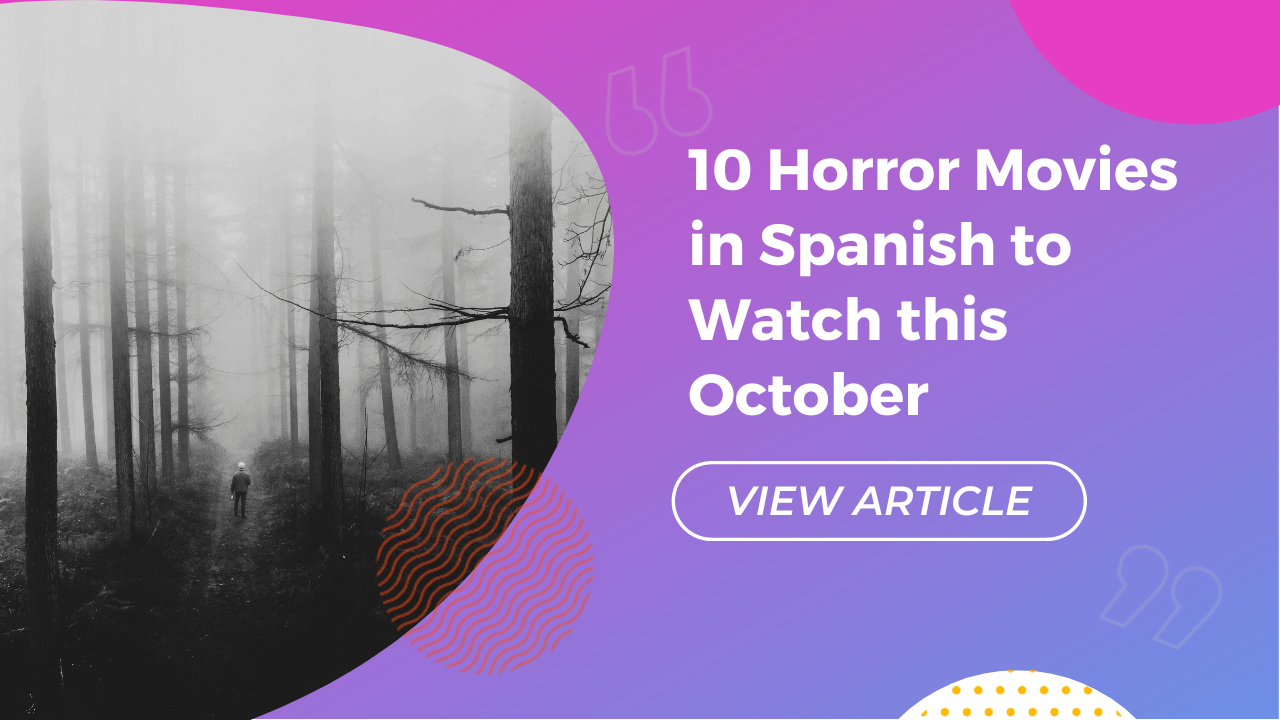 Spooky Season has officially commenced, and for thrill-seekers everywhere, this is the best time of year. If you’ve decorated your home with pumpkins and spider webs and are looking for horror movies in Spanish, you’ve come to the right place.

Both myself and Rotten Tomatoes agree that these are some of the best scary movies to kick off the haunted holidays. Keep in mind that these movies are a bit heavy, since they are horror movies, so viewer discretion is advised.

Synopsis: “When a girl’s mother disappears leaving her on her own, she joins a gang of street children, leading to a tragic chain of events.” You’ll be captivated by Issa López’s brilliant film that will leave you on the edge of your seat.

This movie title might sound familiar to you, and that’s because it’s based on the popular folk story of la llorona, a tale used to bring children home before dark before la llorona takes them in the night. This movie is a modern variant of it, deviating a bit from the traditional storyline.

Synopsis: “Alma is murdered with her children during a military attack in Guatemala, but when the general who ordered the genocide is found not guilty 30 years later, Alma returns to the world of the living to torment the man.”

If you’re a fan of found-footage movies, move this one to the top of your list. REC, short for the word “record”, will make you feel like you happened upon the findings of a reporter.

Synopsis: “A reporter and her cameraman record the horrifying outbreak of a disease that turns humans into vicious cannibals.”

This movie has been used in AP Spanish classrooms since it came out, meaning it’s a great option for students to learn Spanish at home through movies. This story is definitely spooky, but doesn’t have a lot of gore. If you aren’t a fan of bloody scary movies, this one is for you.

Synopsis: “Laura has happy memories of her child in an orphanage. She convinces her husband to buy the place and help her convert it into a home for sick children. One day, her own adopted son Simón disappears. Simón is critically ill, and when he is missing several months later, he is presumed dead. Grief-stricken Laura believes she hears spirits, who may or may not be helping her find the boy.”

More horror movies in Spanish to practice at home

There are plenty more where these came from, but here are a few other recommended scary movies to practice Spanish at home: