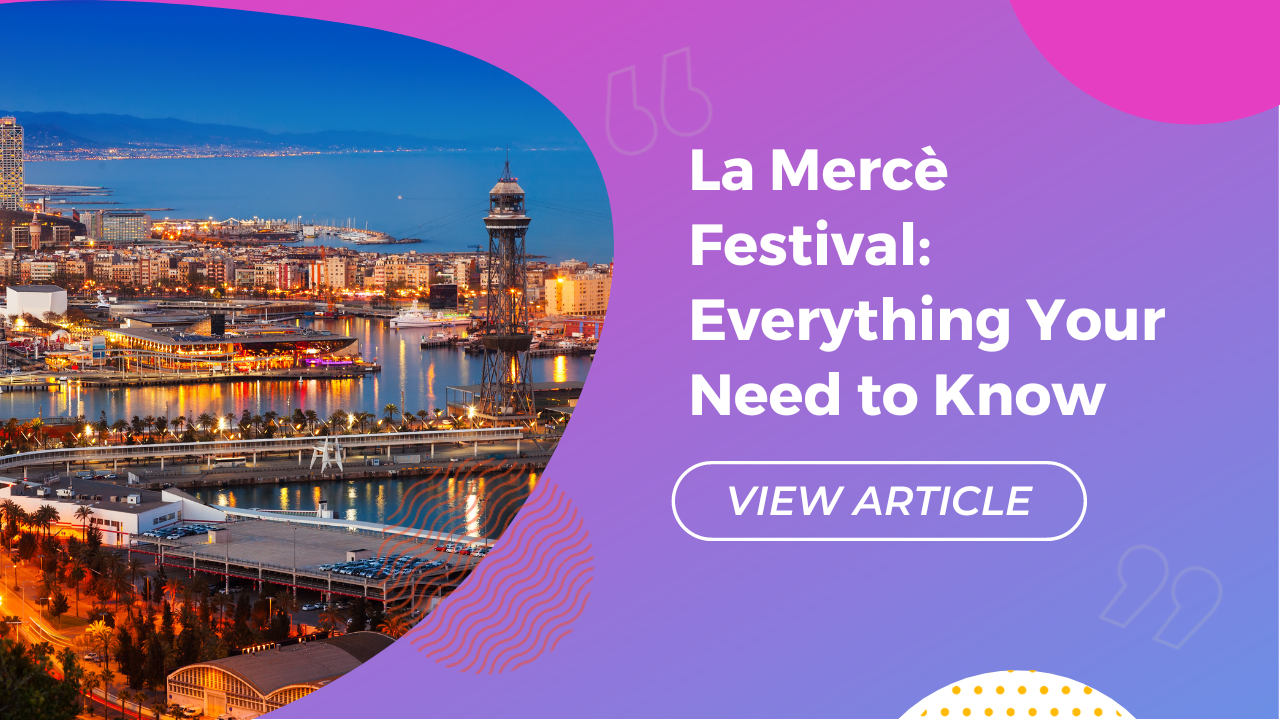 La Mercè Festival: Everything You Need to Know

While studying abroad, it’s important to explore the city you’re living in. Experience daily life in Spanish every chance you get! In addition, it’s also important to explore outside of your city so you can see the rich diversity that Spain has to offer. Not too far from Valencia is Barcelona, and they’re having a festival to celebrate La Mercè, the patron saint of Barcelona. The party just started today, September 23!

There are a few things to celebrate during this festival, which takes place from September 23-26. First, it honors Mare de Deu de la Mercè (Mother of God of Mercy), the patron saint of Barcelona. The actual feast day of this saint is September 24, but the party goes on for several days. This has actually been an official holiday since 1871, but more extravagant elements, like giant papier maché figures, were introduced in 1902.

The 600 events sprinkled throughout plazas and streets also celebrate the end of summer. The weather is about to get cooler, and students are heading back to school, so this event really sends summer out with a bang.

Some of the main venues that will be packed with people and fun are Castell de Montjuïc, Former Estrella Damm Factory, La Plaça de Sant Jaume, and many more. You’ll find tons of concerts, dance performances and exhibitions of giants. If you’re interested in traditional exhibitions, you’ll want to check out the “Seguici Popular”, showing the history of Catalonia dating back to the Middle Ages.

This Sunday, there is Correfoc, another exciting event that takes place right as the sun goes down. They spray sparklers and fireworks into the crowd, lighting up the sky. There’s one for children that’s calmer, and another for adults later on that’s much wilder. Watch out for individuals dressed as demons running about the streets!

Everywhere you turn, you’ll find music and dancing. Mercè Dansa spotlights traditional Spanish dancing from all around the country. If you’ve traveled around Spain or have seen Spanish videos, you’ll probably recognize some of their dances!

Keep your eyes peeled for tons of parades, performances, music, food and more as Barcelona celebrates their biggest festival. It might be too late to fly out or take a train now, but mark your calendar for next year to see everything for yourself!