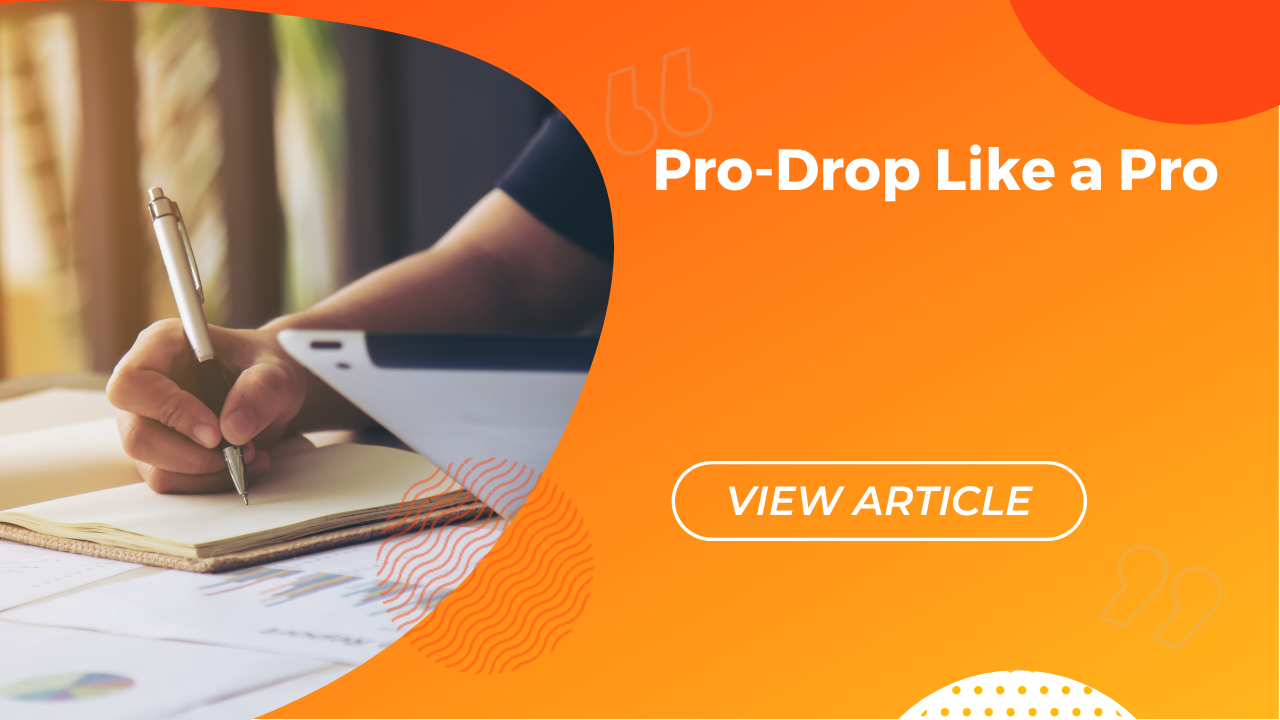 Have you ever heard the term “pro-drop”? It stands for “pronoun-drop” and it’s a grammatical concept that some languages have. Pro-drop might seem like something really small, but learning about it and how to use it will make you feel and sound a little more like a native speaker. Keep reading to learn about it.

Pro-drop is where you drop the pronoun in a sentence. You might be thinking, “How can you do that? Then you wouldn’t know who is doing the action!” And you’re right! There are certain times when you will need a pronoun to help you. However, some languages, like Spanish, don’t need a pronoun all the time. English, on the other hand, always needs a pronoun, so pro-drop doesn’t happen in English. Let’s take a look at what happens in a sentence in English and Spanish:

In both of these sentences, there is a pronoun. In English, it’s I, and in Spanish, it’s yo. However, in Spanish, I could also write the sentence this way:

In this sentence, there isn’t a “yo”, but the sentence is still completely grammatically correct.

Why doesn’t Spanish always need to include pronouns?

The subjects for these are tú, nosotros, and vosotros, and you can tell just based on the endings! There’s no need to include the subject pronoun.

When does Spanish include pronouns?

Unless you already established who you’re talking about, you’ll probably need to include the subject so it’s clear who is eating at 11:

Now, it’s clear that we’re talking about her.

In addition, native speakers will also include pronouns in order to emphasize who is doing an action. Although you could say hablo español, if someone asks who in the room speaks Spanish, you might want to emphasize “yo hablo español” to add emphasis.

We hope this helped you see that in Spanish, unlike English, you don’t need to use a pronoun every single time. As you’re learning, it’s okay to use pronouns more often to help you conjugate! Once you get the hang of conjugation, try out pro-drop to take your Spanish to the next level.

AntPreviousVocabulario Viernes: Days of the Week
NextGet the Hang of Stem-Changing VerbsSiguiente