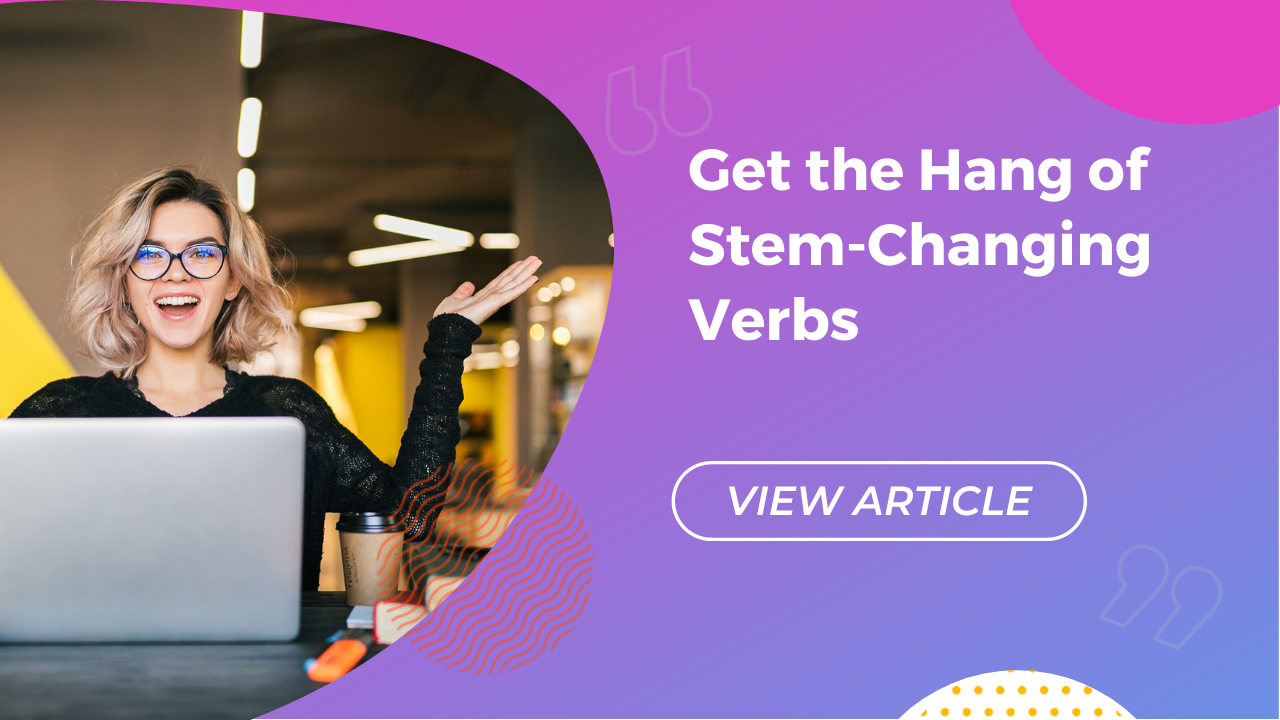 Get the Hang of Stem-Changing Verbs

Every language has irregular verbs, which means you conjugate them slightly different than other verbs. If you already feel comfortable conjugating regular verbs in the present tense that end in -ar, -er or -ir, then it’s time to learn stem-changing verbs!

What are stem-changing verbs?

First, we need to review the parts of a verb. Verbs in the infinitive are the basic form of a verb. They have two parts- the stem and the ending. The ending is the last two letters of the verb, and they are either -ar, -er or -ir, and the stem is the rest of the verb. For example, consider the verb hablar:

Stem-changing verbs are exactly what you’d think-verbs that change in the stem. This means that when you conjugate the verb, you need to change the stem slightly. Not every verb does this, just the verbs that fall into one of 3 categories: e->ie, e->i, o->ue.

Basically, in order to conjugate stem-changing verbs, you replace the letter before the arrow with the letter after the arrow in the stem. For example, the e changes to ie in the stem for that type of verb. However, the nosotros and vosotros forms don’t change at all, and the stems stay the same.

These verbs have a stem change in yo, tú, él, ella, usted, ellos, ellas and ustedes. Some verbs that fall in this category are:

Let’s take querer, for example. The six forms of querer are:

Remember, the stem change doesn’t happen in nosotros or vosotros!

These verbs are very similar to the first category, except the e changes to an i, not an ie. They also don’t change in nosotros and vosotros. Some examples of these verbs are:

Let’s take a closer look at pedir. Its six forms are:

Instead of changing an e in the stem, these verbs change the o to ue. Some common verbs in this category are:

The six forms of poder are:

There are many more stem-changing verbs, but these are good verbs to learn and practice with. If you haven’t already, check out our articles about gustar-like verbs and reflexive verbs if you’re looking for another new type of verb to learn. Happy conjugating!