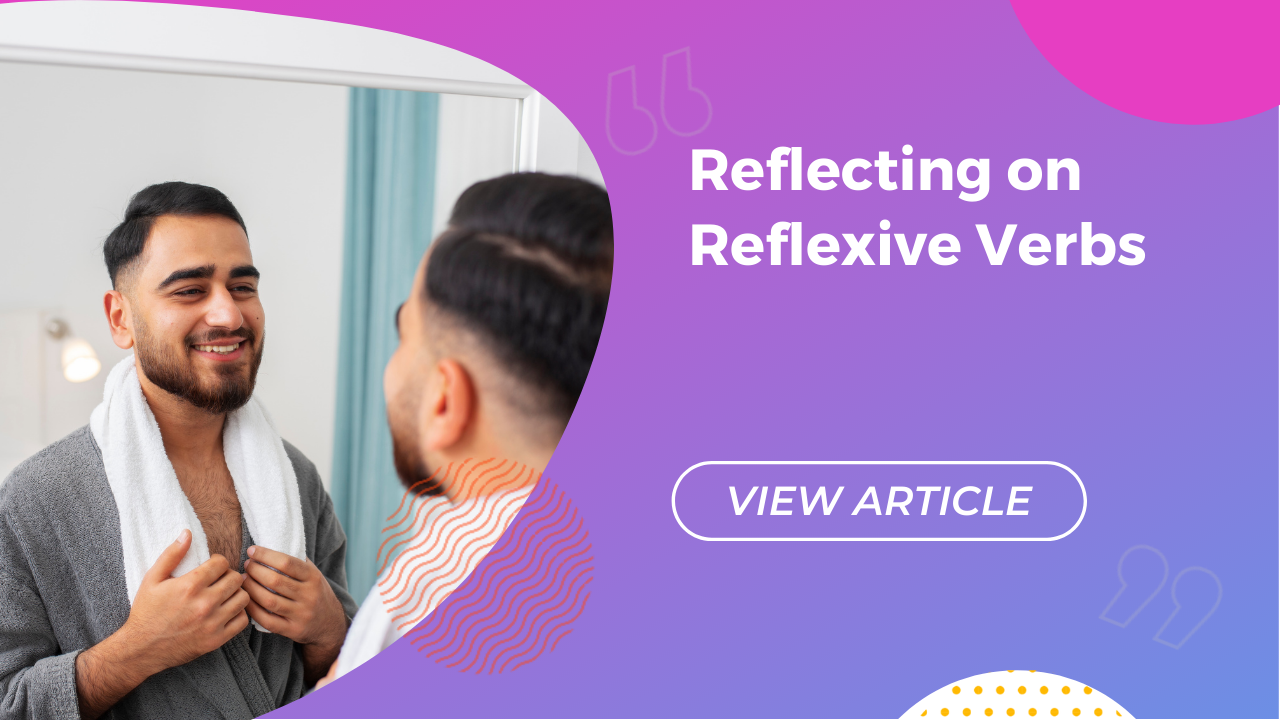 At the very beginning of your Spanish classes, you probably learned “Me llamo…” to say “My name is…” but did you know it literally translates to “I call myself”? In fact, this introductory phrase is part of a category of verbs called reflexive verbs. There are lots of reflexive verbs in Spanish that have special rules, and we’ll explain them more here.

What are reflexive verbs?

The tricky part about learning reflexive verbs in Spanish is that most of them aren’t exactly the same in English. For example, a really common verb is “despertarse” which in English means “to wake up.” In English, you don’t really say “to wake oneself up,” but that’s how it literally translates in Spanish.

The main verb conjugates just like normal- based on the subject and the tense. However, we have to make sure to conjugate the “-se” too. First, move it to the front of the verb. Then, you’re going to conjugate it based on the subject. Remember, reflexive verbs mean that whoever is doing the action does it to themself. There are 6 reflexive pronouns that you need to know. We’ll show you them along, and in context of the verb despertarse.

yo me -> me despierto

There are lots of common reflexive verbs in Spanish in addition to despertarse. Some of them are:

There are lots of other reflexive verbs in Spanish, and before long, you’ll be using them all the time like a pro!