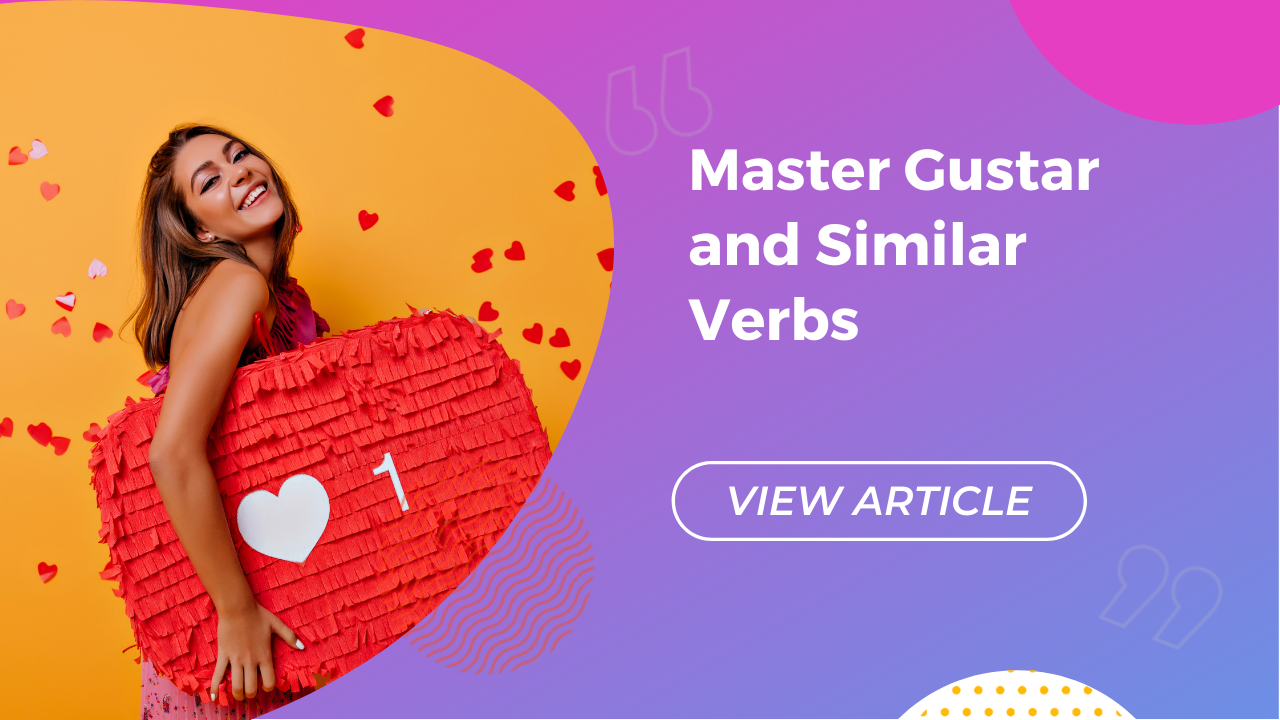 “Me gusta” is one of the very first phrases students learn to say “I like.” However, did you know that it literally translates to “to me, it pleases”? Gustar conjugates a bit differently than other verbs, which is why we’ve dedicated this article to gustar and similar verbs. You’ll master them in no time!

How is gustar different?

Since gustar means “to please” and not necessarily “to like”, the verb gustar doesn’t conjugate like other verbs. You would only use two forms of the verb to talk about things you like, gusta or gustan, depending on if whatever you like is a singular or plural noun. For example:

“Yo” means “I”, but as we saw earlier, in Spanish, I’m actually saying “to me it pleases.” In English, the person that likes something is the one doing the action, “I like” “he likes” and “they like.” In Spanish, the object is doing the pleasing. We show who is doing the action by using indirect object pronouns, me te le nos os les. Take a look at the difference between these two sentences:

There are a few other verbs that conjugate similarly to gustar. For example, some of the most common ones are:

At first, it can seem overwhelming to learn a new type of verb conjugation. Learning a new language is a great way to exercise your mind. By working on this new skill, you’re keeping your mind engaged, and becoming a better Spanish speaker!