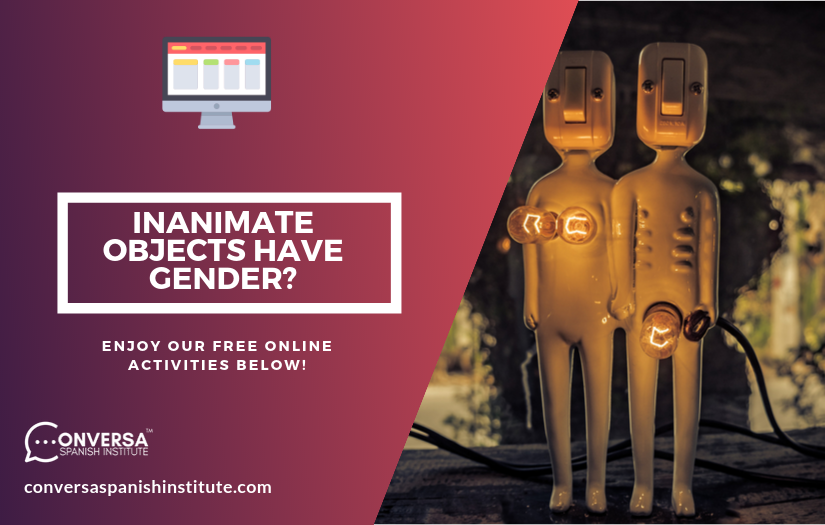 Anyone who is learning Spanish will agree that it can be particularly confusing when it comes to gender. Why do inanimate things have gender? We all want to know the answer, but sadly, sometimes we are bound to be disappointed. However, if you want to know how grammatical gender works in Spanish, we strongly recommend that you keep reading.

You probably don’t think much about this, but in English, there are some nouns that are male or female. For example, man/woman, brother/sister, gentleman/lady, rooster/hen, etc. These, of course, refer to people or animals and already carry a sense of female/male. Excepting these cases, most English nouns are gender-neutral.

That’s why this may sound weird for English speakers but, in Spanish, ALL nouns are either male or female. For example, silla (Spanish for “chair”) is female. Why? Well, because. There’s really no explanation. The only way to know the gender of a noun is to memorize it. But don’t worry. You don’t have to make vocabulary lists and repeat them to boredom if that’s not your style. With time and practice, this will come naturally to you.

Why is it Important to Know Grammatical Gender?

If you have just started learning Spanish online and just want to speak it for communication’s sake, you don’t have to worry about making mistakes. Getting the gender of a noun wrong won’t make a difference in your message. For the most part, anyway.

If, on the other hand, you like knowing your languages to a T, it’s advisable that you give some attention to grammatical gender. Nouns don’t usually come by themselves, they like to bring the whole family with them: articles, pronouns, adjetives… you name it. And whatever gender the noun comes in, the rest has to match it. Look at this:

Grammatical gender is one of the big differences between English and Spanish grammar, so it might be a bit tricky to learn at first, but you will soon get used to it. When learning vocabulary, we recommend that you try to learn the noun together with its article, because that will tell you its gender: the chair = la silla; the pencil = el lápiz; the table = la mesa; the pen = el bolígrafo…

And now you can put this knowledge into practice with this free online activity!