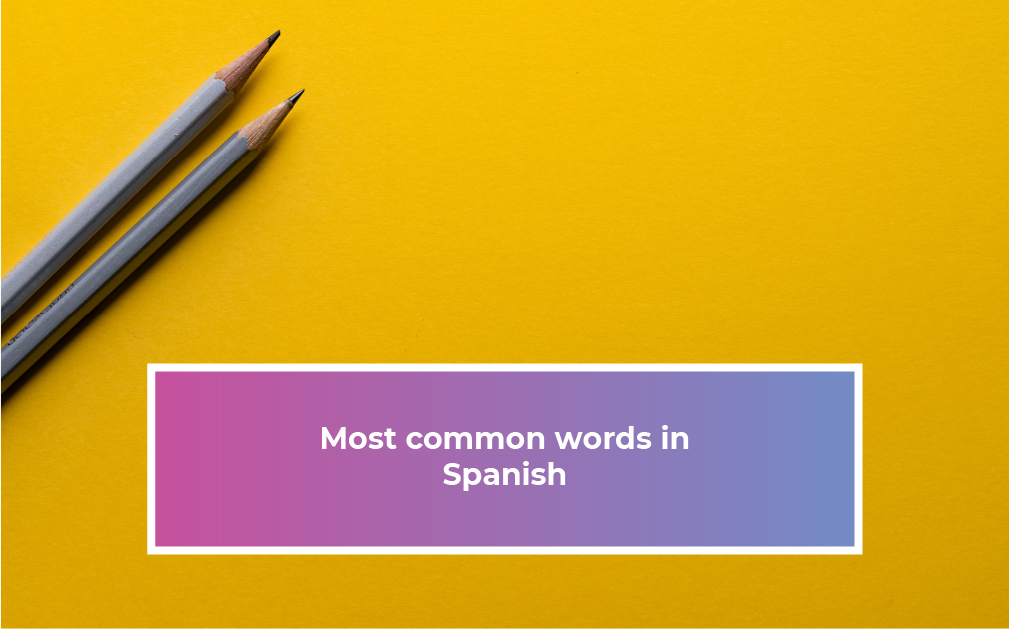 Most Common Words in Spanish

Did you know that around 90% of daily conversations use the same 3,000 words? If you’re looking to master your Spanish and feel comfortable communicating, it’s crucial to know the most common words in Spanish. There are lots of high-frequency words that you can practice, and we’ll show you some of them in this article. Although the words in this list are small, they are very powerful, and can even affect your ability to speak and understand!

Definite articles refer to a specific noun. In English, there’s only one definite article, the. If we want to talk about a specific table in the room, we would say the table. In Spanish, there are 4- el, la, los and las. They all mean the, but Spanish has to agree in gender and number. I could say la mesa (the table) or el baño. Just like in English, you’ll often see one of these in almost every sentence!

These are similar to definite articles, but instead of referring to a specific noun, they refer to a noun that is not specific. In English, we use the words a, an or some to refer to non-specific nouns. In Spanish, you would use un or una for singular nouns, which is equivalent to a or an in English. You would use the one that matches the gender of your noun. For example, you’d say una manzana for an apple because it is a feminine noun, but you’d say un teatro for a theater because it’s masculine.

Unos and unas translate to “some” or “a few” in English, and you’d use them to refer to non-specific plural nouns. For example, you’d say unas casas for some houses, and unos museos for some museums. Paying attention to gender and number can be a bit tricky at first, but after some practice, you’ll get the hang of it!

Did you already learn that Spanish doesn’t use an apostrophe to show possession like in English? In English, I could say “My friend’s car” but in Spanish, I would say “el coche de mi amigo”. De means of or from, and it’s by far the most common preposition. If you want to talk about someone’s possession or location, odds are you’re going to need to use this common word in Spanish.

Don’t be fooled that this is only a one-letter word. Y translated to and, and although you might think it’s simple, pronunciation is key. English speakers might be tempted to pronounce it as “why”, the way we pronounce the letter itself in English. However, it’s pronounced “ee” when used in a sentence, like the sound in the word “need”.

This pair of opposites contains some of the most common words in Spanish: con and sin. Maybe you’ve heard the phrase “café con leche” which means “coffee with milk”. You can use con if you want to say who you’re doing something with, or what something comes with. On the other hand, you can use sin to show things you’re excluding. To pronounce it, the i makes the sound “ee”, so you say it like “seen.”