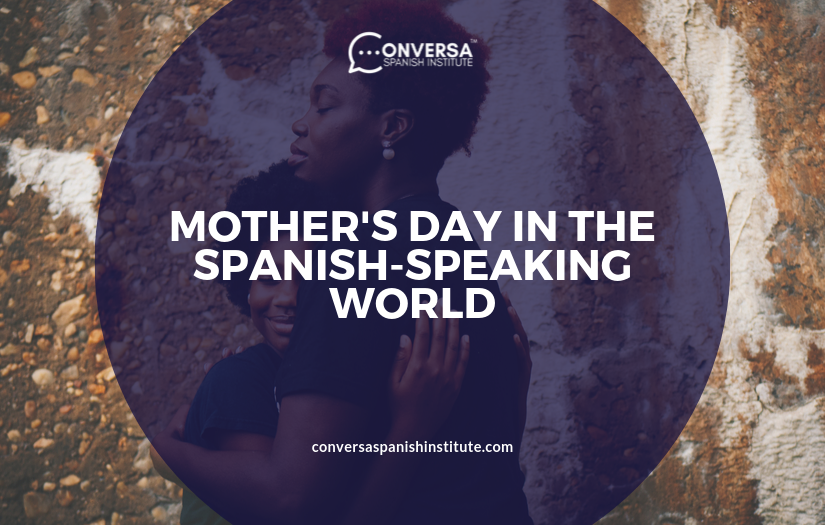 Mother’s Day in the Spanish-Speaking World

May is the month of mothers around roughly half the globe. Do you know why this is? Each and every country has one — or several — reasons as to why they pay homage to motherhood in May. In most Spanish-speaking countries, this is mostly due to a strong religious background. So let’s talk Mother’s Day, shall we?

As it usually happens, the reason why this celebration falls so often on May comes from age-old traditions. In times past, The Greeks honored Rhea and the Romans worshiped Cybele, both revered as Mother Goddesses. This festivals took place in the springtime since both motherhood and fertility are associated with the idea of new life blossoming.

Then during Medieval times, the Catholic Church similarly adopted these traditions, consecrating  the whole month of May to the Virgin Mary.

In the US, however, this is pure coincidence. OG Mother’s Day advocate, Anna Jarvis, held events during May at the church where she taught Sunday School because her own mother died in this month. And so while promoting her campaign across the country, the second Sunday of May was the lucky date.

Sadly nowadays, Mother’s Day is virtually just another holiday on a big list of Hallmark holidays to boost sales. Even Anna Jarvis herself regretted ever founding the event.

This not only happens in the US or Spain, but in so many other countries as well. So instead of focusing on cards, flowers and everything nice… What better way to celebrate Mother’s Day than talking about brave women around the world?

In May 27th 1812, a group of brave women became the first Bolivian women in battle. The historical context? Most of South America at war fighting Spain for their independence. A classic.

While the men were away fighting a bloody war, a group of women led by an elderly blind granny set up resistance to defend their homes in Cochabamba. Inevitably, they encountered a tragic defeat but Bolivia hasn’t forgotten this heroic act.

Mother’s Day now pays homage to these heroic women who helped free Bolivia from the Spanish crown. Today, their legacy is kept alive by all the families in Bolivia who celebrate Mother’s Day. This holiday is serious business over there. Schools prepare weeks in advance to invite mothers and celebrate with them. Kids bake their moms creamy cakes and families gather and congratulate not just one’s own mother, but all mother’s in their circle of family and friends. It’s truly a beautiful, warm day filled with love.

Officially, Mexicans celebrate Mother’s Day on May 10th. May because it’s Virgin Mary’s month. The 10th because that’s when workers were paid back in the day.

Extra-officially? Nothing further from the truth.

If we do a little research, we learn that in 1922 a newspaper CEO called on to Mexicans to honor a mother’s affection and love. But of course, this is only half the story. The better-looking half.

Around this time in Yucatan, the feminist movement was growing stronger, even going as far as publishing a translation of American activist Margaret Sanger’s brochure. In here, she educated women on how to avoid pregnancy attending to their menstrual cycle. This particular event didn’t sit well with the country’s Conservative groups. And so the movement to popularize Mother’s Day was born to silence the immorality of such actions by the feminists. They hoped to cover up this scandal by celebrating the traditional role given to women — motherhood.

What to Say to Mom

The fact that in many societies nowadays Mother’s Day is yet another excuse to make a killing off our pockets doesn’t mean that we should stop singing our mothers’ praises. Who wouldn’t want to congratulate their moms for all their efforts? So set aside whatever you’re doing and go grab your mom.

But since you’re here, take this opportunity to congratulate any Spanish-speaking mom in your acquaintance. Here’s a few ideas:

Of course, don’t hesitate to practice your Spanish and show your appreciation to your mom all year round. No need to wait for the actual day. Everyday is Mother’s Day in our book.

AntPreviousNeed to improve your focus? Here are 3 ways meditation can help
NextKey Differences Between Spanish in Latin America and in SpainSiguiente