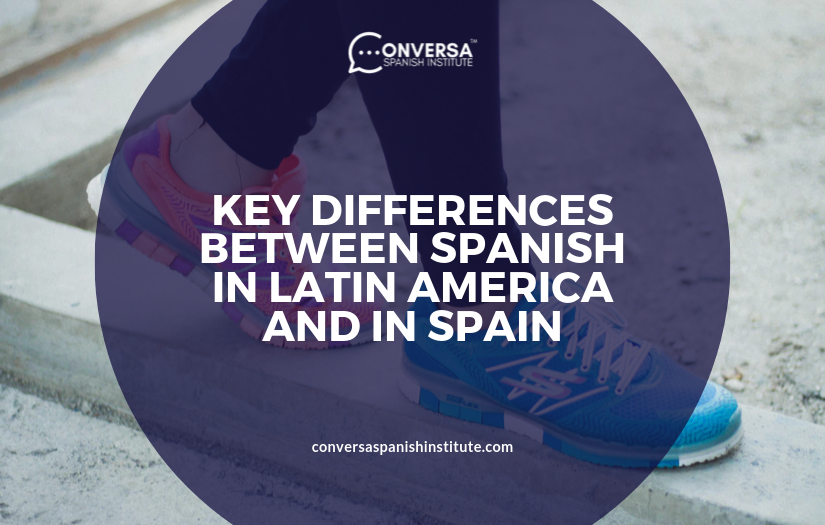 Key Differences Between Spanish in Latin America and in Spain

The type of Spanish spoken in Spain is referred to as “Castilian Spanish.” It is a language that evolved over the years out of Vulgar Latin and gradually took hold over the parts of the globe that we know today as Spain and Portugal.

However, Spanish is also the official language in 21 countries across the globe, most of which fall into the geographical region widely known as Central America, comprising the southern portion of North America, Central America, and South America. In fact, Spanish is the most commonly spoken language among Latin Americans.

Why Are There Different Kinds of Spanish?

So why is Castilian Spanish considered different than North American Spanish?

Well, the simple answer is geographical distance. The language patterns that evolved in the former Spanish colonies of Latin America literally existed half a world away from Spain, and thus evolved their own unique regional vocabulary variations, accents and intonations.

This phenomenon of regional variations is common with languages across the globe. For example, Australian English evolved differently than the type of English spoken in England or in the United States, for that matter. And much like all English speakers can generally still understand each other, the same goes for Castilian and Latin American Spanish speakers.

Here are some of the key differences that separate traditional Castilian Spanish from the type of Spanish spoken in Latin America.

When addressing a group of two or more people, Spaniards will say vosotros and Latin Americans will say ustedes. Both words essentially mean the same thing as “you” in the plural or formal sense in English.

When speaking in the past tense, Castilian Spaniards will tend to use the past perfect tense to distinguish recent events.

One of the most obvious ways to distinguish between Castilian and Latin American Spanish is to simply listen to how they are being spoken. Spaniards will frequently produce a sound that sounds like “th” to replace a “z” before any vowel or a “c” before “i” or “e”.

In Latin American Spanish, both the letters “c” and “z” will always sound like something closer to an English “s” sound.

Another obvious giveaway to tell apart Latin American Spanish from Castilian Spanish is the vocabulary itself.

For instance, anybody who says “zumo” to refer to “juice” is speaking Castilian Spanish, while “jugo” is the word for juice in Latin America.