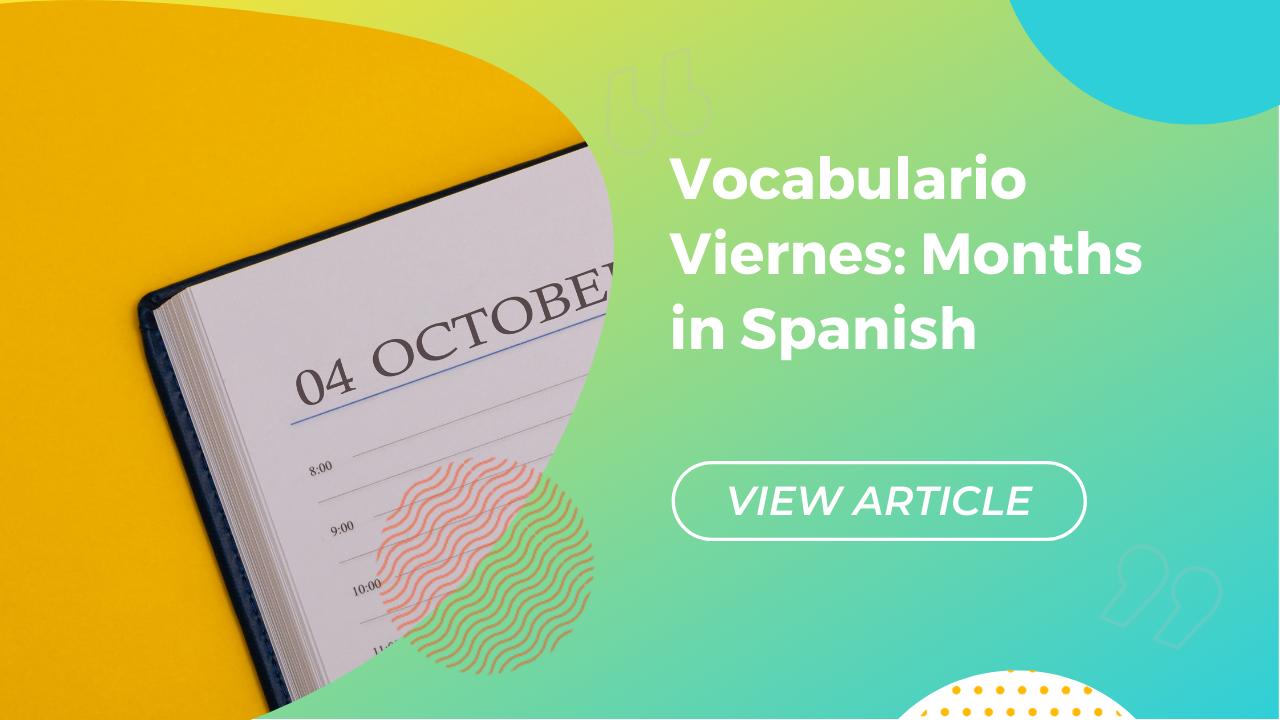 Do you remember that days of the week aren’t capitalized in Spanish? The same goes for months! If you look closely, you’ll see that a lot of them are very similar to their meaning in English. Hopefully, this will make it easier for you to remember.

Asking and saying the date in Spanish

Now that we know the days of the week, we can combine them, numbers and months in order to ask and say the date. First, to ask someone what day it is, we can ask, “Cuál es la fecha de hoy?” You might also hear it shortened, simply asking, “¿Cuál es la fecha?” ¡Ojo! Notice how we use the question word cuál instead of qué in this phrase.

There’s a handy formula to state the date:

Now, let’s put it together in a full sentence. To say “It’s July 22” you would use the verb “es”, so you would say “Es el 22 de julio.” If you want to be extra specific, you could say “Hoy es el 22 de julio.” Practice with your friends or classmates because every day is a new opportunity to say a new phrase!