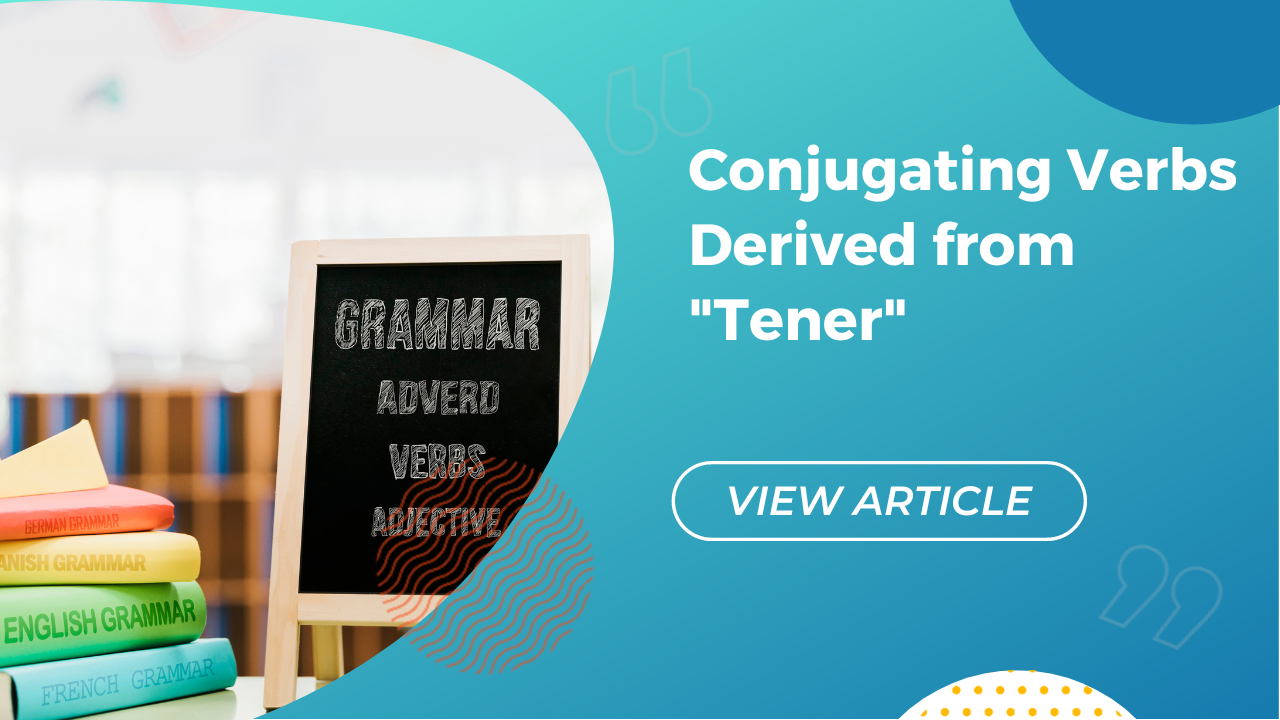 When learning more complicated vocabulary words, sometimes it’s easy to forget the basics! There are lots of words in English that have additional prefixes or suffixes, but contain a much simpler word. For example, the word “preview” contains the word “view”, but it has the little word “pre-” as its suffix. These little words can help us understand more complicated words because they give us context. In Spanish, verbs derived from “tener” may seem intimidating, but they’ll really expand your vocabulary and help you articulate yourself.

We’re going to look at 3 types of verb conjugations for the verb tener. If you haven’t learned all of them yet, don’t fret! Just focus on the first one, the present tense. If you’re ready to move on to the preterit and imperfect tenses, then this will be a good challenge for you.

In the present tense, there are a few irregularities to remember. The yo form ends in –go, and it has some stem changes too. The six forms are tengo, tienes, tiene, tenemos, tenéis, tienen.

This form of the past tense is more simple and straight forward since there aren’t any irregularities you have to remember! This is the form of the past we use for past habitual actions, or actions that don’t have a definite start or end. The forms are tenía, tenías, tenía, teníamos, teníais, tenían.

It’s the most fun of the tenses for tener! Tener is actually completely irregular in the preterit tense. It’s one of the verbs where the stem completely changes in all forms to tuv-. Its forms are tuve, tuviste, tuvo, tuvimos, tuvisteis, tuvieron.

Now that we remember the basics of working with the verb tener, we can look at some verbs similar to it. You’ll notice that each of the following verbs contains tener. In English, these words tend to have “-tain” in them:

You do this for all of these verbs in whatever tense you’re conjugating!