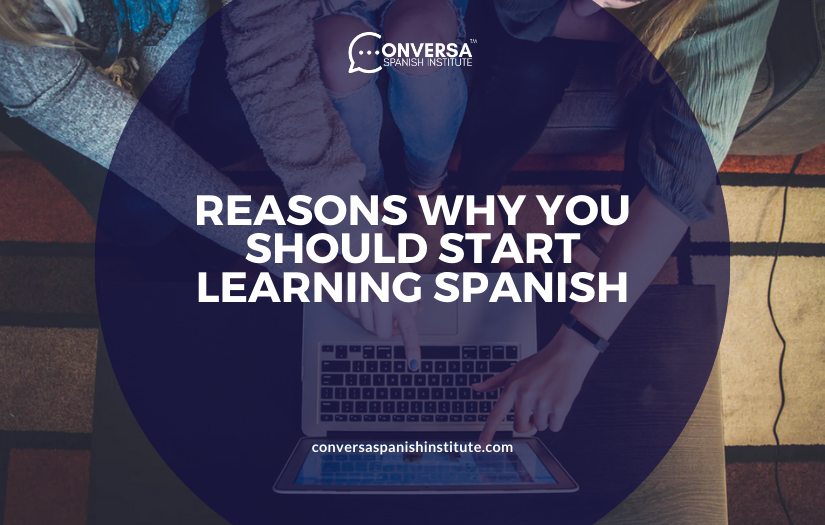 More and more people are starting to recognize the personal and professional benefits of learning a second language.

If you’re looking to learn and master a new language, Spanish should be on your radar.

Keep reading to discover why it’s one of the best languages to learn today:

1. It’s One of the Most Widely Spoken Languages

If you’re looking to learn a new language, it’s a good idea to first check which countries it’s spoken in, and how popular the language is.

Spanish is the official language of 20 countries and is spoken by over 442 million people throughout the world.

The language is particularly popular in the United States, where approximately 52 million people (or 23% of the total population) speak Spanish.

Learning Spanish will help you be able to better communicate with others in business and in your personal life, whether you decide to travel abroad, or not (but you should travel—it’s equally valuable).

2. Travelling Will Be Easier

Speaking of traveling, when you know Spanish, one of the most widely spoken languages in the world, making your way from country to country will be much easier.

You’ll be able to communicate with locals in foreign countries which will not only break down cultural barriers and allow you to experience a destination to the utmost extent, it will also make ordering your favorite food or drinks at a restaurant, or asking for instructions, less of a struggle.

There are many beautiful destinations that you can visit to relax and simultaneously practice your Spanish-speaking abilities, from Peru to Spain. Do keep in mind, however, that there are key differences between the Spanish language spoken in Latin America and in Spain, so watch out for these depending on where you’re traveling next.

Studies have proven that individuals who speak multiple languages have better attention and task-switching capabilities than those who only speak one language.

The research has also demonstrated that children under the age of seven months that are bilingual are better able to adjust to environmental changes, while seniors who speak multiple languages tend to experience less cognitive decline than those that don’t.

4. Expand Your World of Culture and Entertainment

With songs like Despacito being a huge hit in North America, there’s no denying that Spanish music is becoming increasingly popular in the global music scene.

More and more Spanish-speaking celebrities are rising in popularity, and more people are traveling to native countries to explore the land and study the culture.

By learning Spanish you can really expand your world of music, film, and entertainment, and do more traveling to learn about different countries and various cultures.

Considering how many people speak Spanish in the United States and abroad, by studying the language you’ll be able to better communicate and connect with people who speak the language.

You’ll significantly improve your job aspects when it comes to working with clients from different cultures and backgrounds, you’ll set yourself apart by speaking the language. Or, you might perfectly fit in with an opportunity that requires you to speak Spanish, or sets you apart from other candidates.

You’ll also improve your social life by expanding your social skills and making it easier to communicate with people from different countries.
If you’re looking to learn Spanish in a way that’s fun and extremely effective, learn more about Conversa Spanish Institute.

AntPreviousTongue Twister Day!
NextAny Time is a Good Time: Here’s Why There is No Such Thing as an Ideal Time to MeditateSiguiente